Along with being one of the least inhabited regions in the nation, Abra, Apayao, Benguet, Ifugao, Kalinga, and Mountain Province are the only landlocked provinces in the nation. Due to its remote settlements and landscape, which consists primarily of steep slopes and mountain ranges, it is not the simplest of locations to navigate. Due to several intriguing burial sites and the presence of tribes that continue to live according to their traditional traditions, this area is also noteworthy from a cultural perspective.

A Glimpse of the Cordilleras: Cultural Heritage and the Exciting Outdoors

Those who travel to this inland region, sparsely populated outside of Tabuk and Baguio City, will find hiking, caving, and waterfall bathing opportunities. Due to its higher altitude and consequently cooler temperatures, the latter serves as the country's summer capital. Its ancient Burnham Park is well-known for its lagoon, orchidarium, and picnic area. Since many of the province's most significant heritage sites are in breathtaking natural surroundings, the Cordilleras is a great location to combine cultural exploration with outdoor activities.

10 Must Try Delicacies from the Cordillera Region 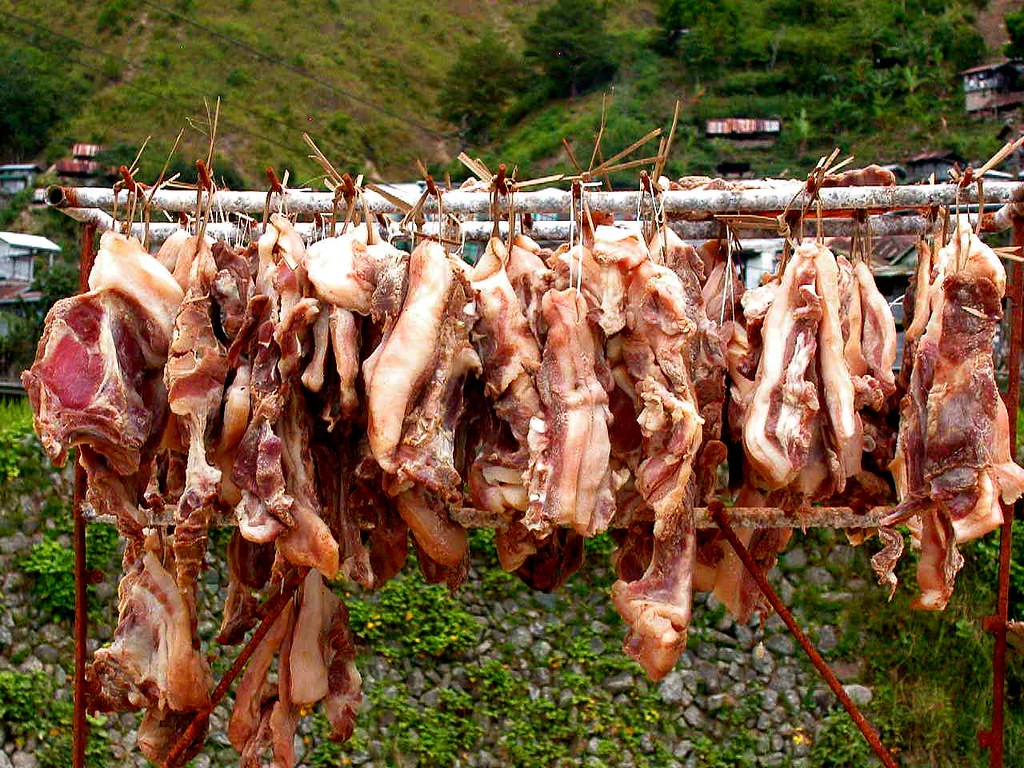 This is salted meat that has been smoked or sun-dried to preserve it. It is essentially ham, yes. Igorots typically don't prepare them and consume them raw. The meat is primarily included as a component of pinikpikan. Additionally, it tastes fantastic whether prepared with white, black, or any other type of legume. The dried meat can last for months or even years if it is preserved properly thanks to the efficient preservation procedure. 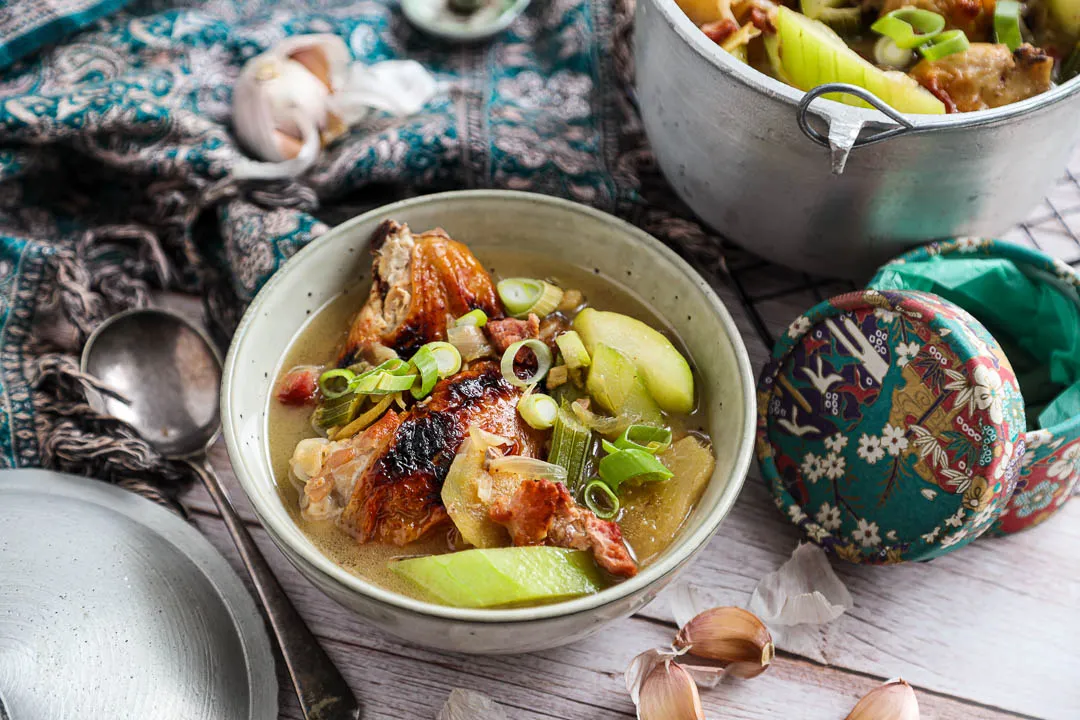 This is without a doubt the recipe that is most well-known in terms of Cordilleran cuisine. You may find the preparation upsetting if you support animal rights. Essentially, the act of butchering involves beating a chicken to death with a stick. Why? to keep the chicken's blood from leaking out. to permit the blood in the chicken's beaten-with-a-stick body portions, primarily the neck and wings, to congeal. The fact that PETA (People for the Ethical Treatment of Animals) has yet to weigh in on the situation is remarkable. The distinction between pinuneg and longganisa is in the ingredients that go into making pinuneg, or blood sausage. Pig's blood, large intestine, and spices are combined to make this sausage. 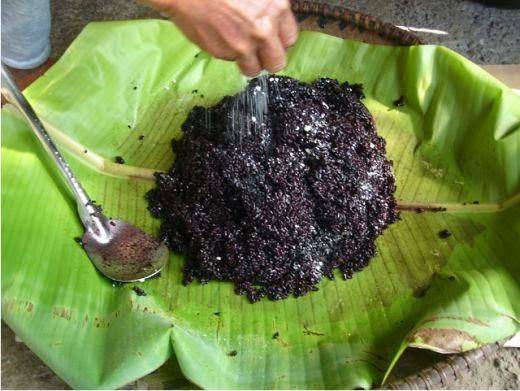 This is the Igorot people's rendition of Japanese sake, also known as (or tapuy, tapuey) (rice wine). The wonderful thing about tapey is that the flavor changes depending on how long it fermented inside the jar. The bitterness of wine increases with age. The fresh and sweet flavor of tapey that is a few weeks or months old is attributed to rice wine. The taste drastically alters if the aging process lasts longer than a year. Whiskey or brandy begin to taste like liquid.

In the municipalities of Mount Province, this is a dish that is frequently prepared. Tengba preparation and serving are frequently tied to significant life events. For instance, in the town of Besao in Mount Province, there is a custom known as nilayaan wherein the parents of a newborn child invite friends, neighbors, and family to a feast or gathering. It is customary to serve tengba to the visitors.

The sole component of this snack is immature rice heads that have not yet been harvested. Young grains are harvested from their stems and briefly fried over a pan or vat (silyasi). The dry or burnt husks are then removed from the grains by pounding them in a stone mortar and wooden pestle. Using a winnower, the grains are separated from the husks after being flattened. The item is now prepared for consumption. To make it taste sweeter, add sugar. 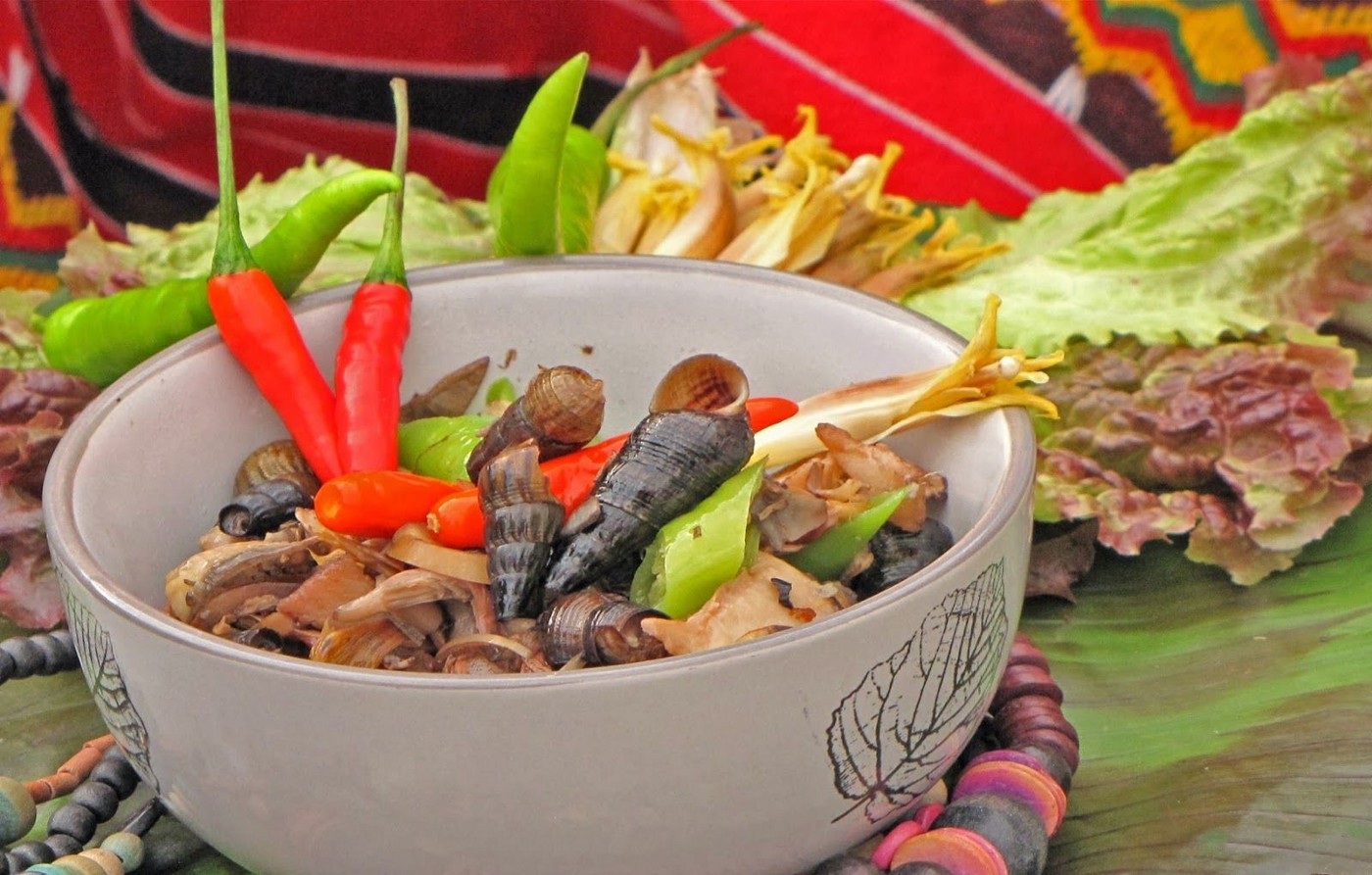 According to Krish, who writes for the website Eats In Baguio, "binungor is a Kalinga dish that is served as an appetizer or side dish and not a viand. It is made of different vegetables found around a Kalinga household along with tenga ng daga and other wild mushrooms, and ot-an, that spiral-shaped shell-fish you have to sucking on it to get the meat inside.

I haven't tried this one yet, so I can't speak to the flavor or preparation of it. Dumay Solinggay, a Cordilleran poet and artist, describes it as "a non-alcoholic fermented drink, like yogurt. This drink has live microorganisms, helpful bacteria that aid our body to recover from deteriorating cells. I suppose it also strengthens our immune system." In the Cordillera region, the base is typically the leftover water from boiling sweet potatoes. It is consistently combined with corn, cooked rice, and herbs.

Also referred to as sinigtiman (meat, fish, or freshwater snails cooked with tapioca), which is another use for tapioca (the rice grains, that is). Many Cordillerans remove the fermented rice grains from the earthen jars and add them to their cookery as additional ingredients. They can be included in meals with meat or fish as an ingredient. A tapey-freshwater snail pair is a favorite among Cordillerans. In our native language, we refer to these snails as ket-an. For meals using kuhol, fermented grains can also be added.

3 Must Know Facts About the Cordillera Administrative Region

CAR has Six Provinces and One City

The Cordillera is a recently established administrative territory made up of the six provinces of Ifugao, Benguet, Mountain Province, Kalinga, Apayao, and Kalinga, as well as the chartered city of Baguio. Nearly 18,300 square kilometers of territory are covered by these provinces.

This Cordillera administrative region encompasses the physical majority of the Cordillera mountain range. A few other neighboring provinces in the nearby Ilocos and Cagayan Valley regions are covered by the foothills of the Cordillera.

It’s a Haven of Natural Resources

The natural resources in the Cordillera are abundant. It is particularly well-known for its significant gold riches, unpolluted pine forests, and fertile soils and water resources that have allowed the locals to support agriculture on rice terraces atop mountains. 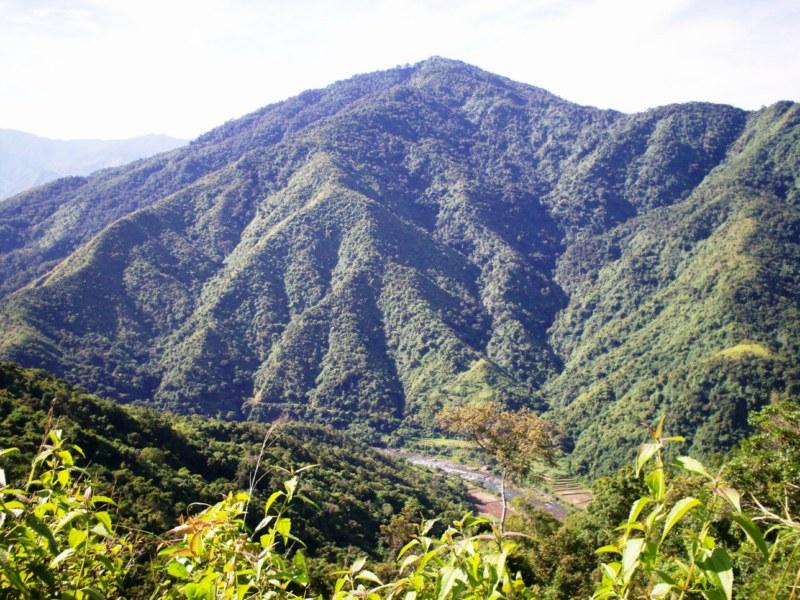 The Region is a Melting Pot of People

When compared to the other mountainous regions of the Philippines, the Cordillera is more densely populated. A total of more than 1,365,000 people live in its six provinces and one city, according to the 2000 census.

Like the rest of the nation, the vast majority of people in the area are peasants working in agriculture and other small-scale production as well as side jobs. Formal wage earners and unofficial odd-job employees in non-farm occupations make up the second-largest sector. In the few urban and town centers, there are also a sizable number of students, salaried workers, and professionals.

The Igorots of the Cordillera region are well-known to outsiders for their distinctive culture. They typically associate the term "Igorot" with garb that is vivid and colorful, spears that match their shields, and rites that involve letting pig and chicken blood soak the ground as an elder prays to the gods. Of course, the phrase "Igorot" also frequently evokes a jumble of falsehoods about the tribes. The usual suspects have tails, large feet, and black skin.