What makes Filipino food deliciously special? Cultural history and influence? The diversity of flavors? We all know one thing for sure -  there is no place around the world that makes us feel at home when filled with the delicacies of Filipino dishes.

Familiarize yourself with the Top 10 Filipino dishes that are influenced and inspired from the International Cuisine! 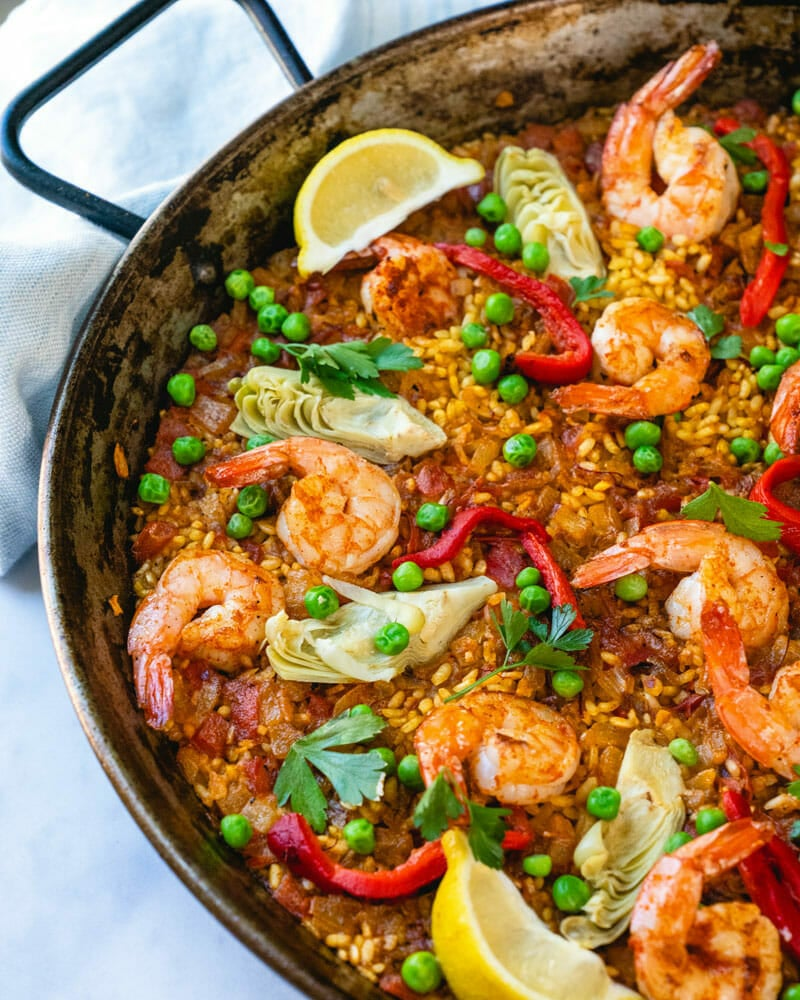 Image from A Couple Cooks A.k.a. ‘rice soup’ in English. A Chinese-Spanish inspired dish stewed in broth, ginger, chives, and saffron made with chicken and rice porridge. 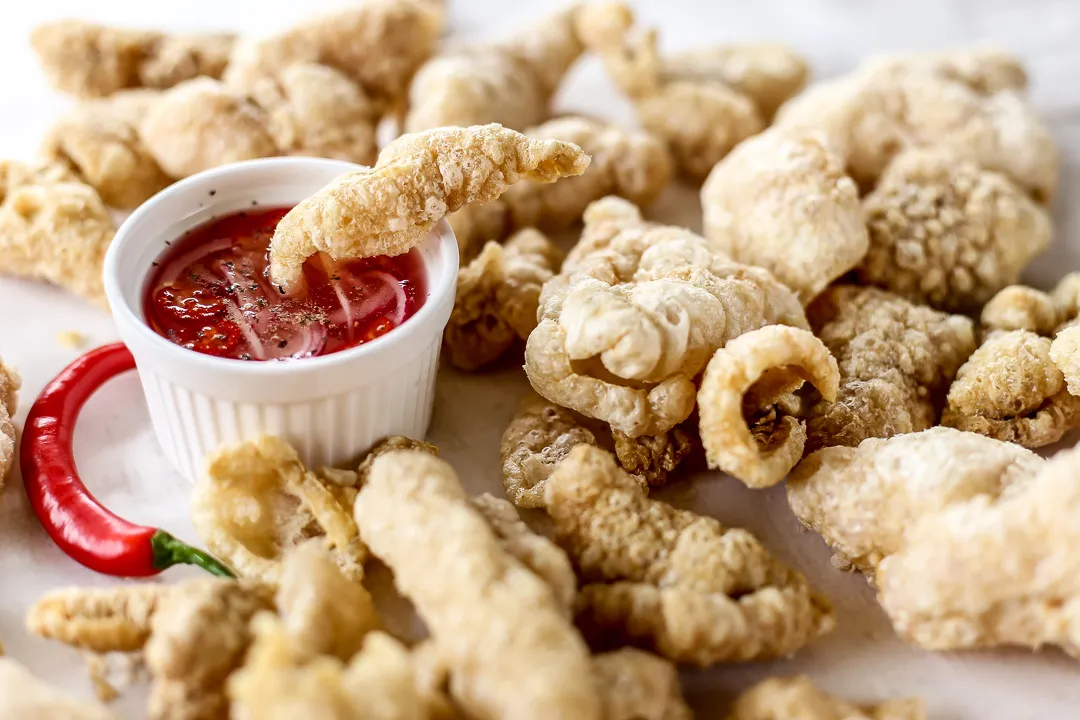 Another local favorite with Spanish influence. Also known as fried pork rinds made from beef, or mutton and chicken. 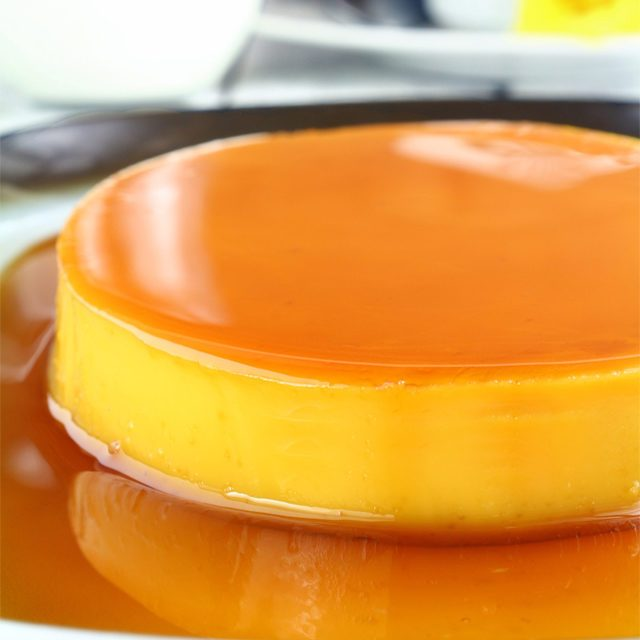 Love desserts? This custard dessert literally translates to ‘Milk Flan”. Influenced by Spain - adds a mouthwatering texture of sweetness and richness served with pudding and a layer of caramel on top. 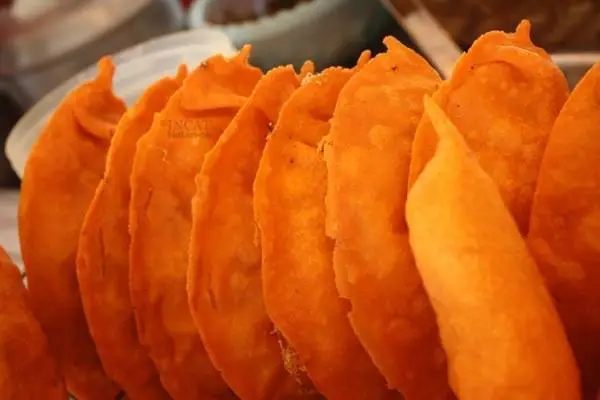 Made of ground rice flour filled with Vigan sausage, raw egg, and an unripe papaya. Ilocos is best known for this dish and it’s a must buy when you’re in the region. An original delicacy that holds a special place in the hearts of Filipinos, and a dish influenced by other Latin American countries. 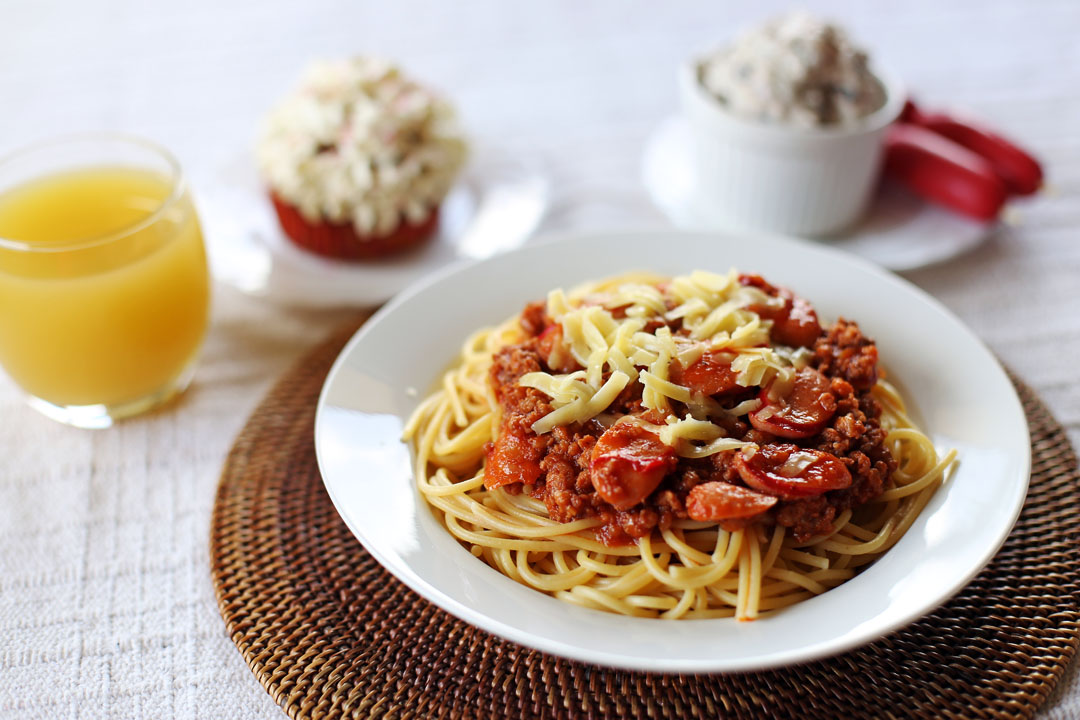 We Filipinos know our taste in food, especially when it comes to our love for Spaghetti. A Filipino spaghetti that’s sweet and tasty which we never cease to go for slices of hotdogs while for the Western style of Spaghetti - Americans prefer meatballs to go with it. 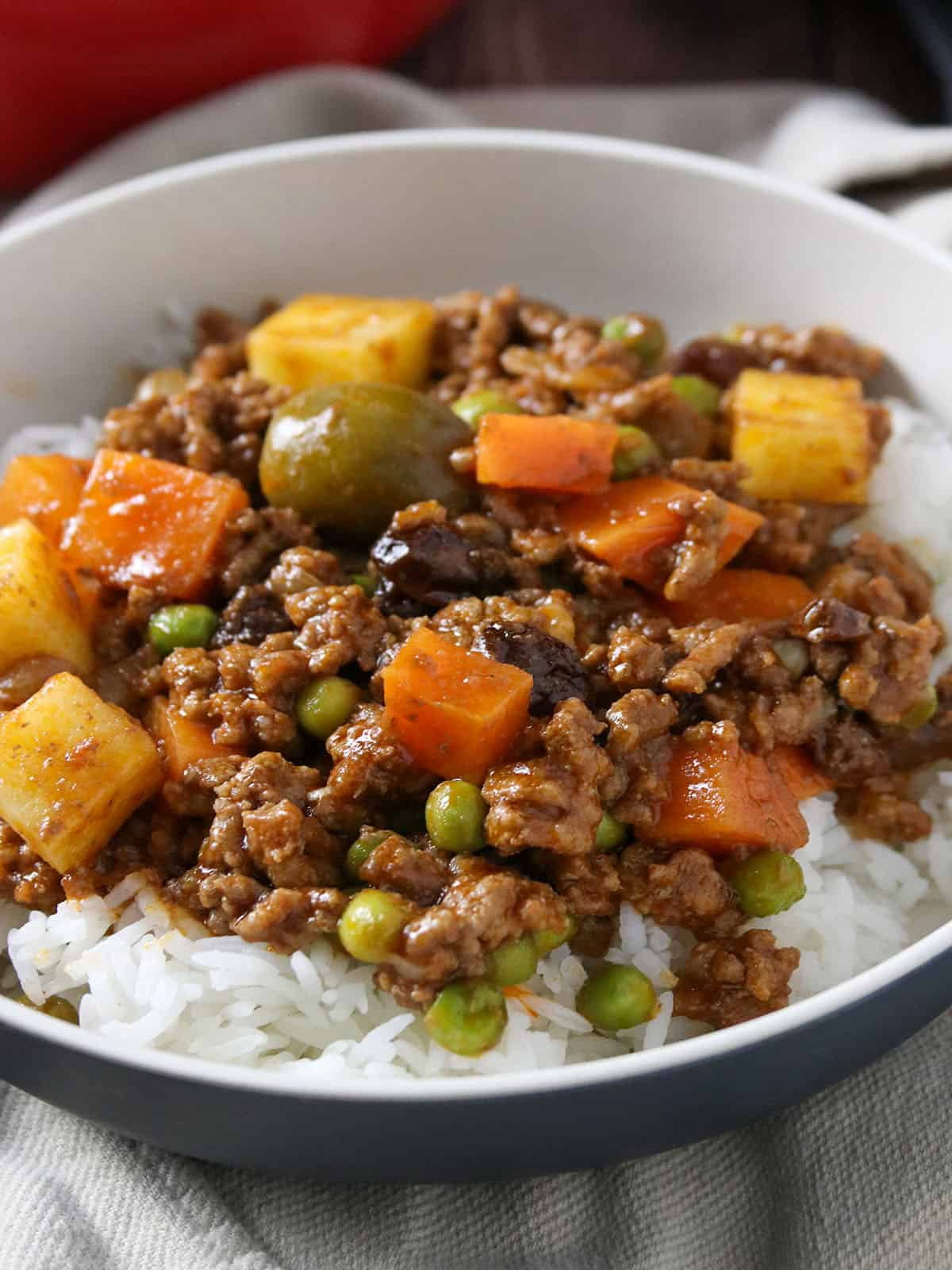 A common dish in Latin American countries, including Spain known as Arroz a la Cubana or giniling composed of ground beef and tomatoes, while our favorite Filipino style of picadillo is served with beef, boiled eggs, sliced potatoes and carrots. 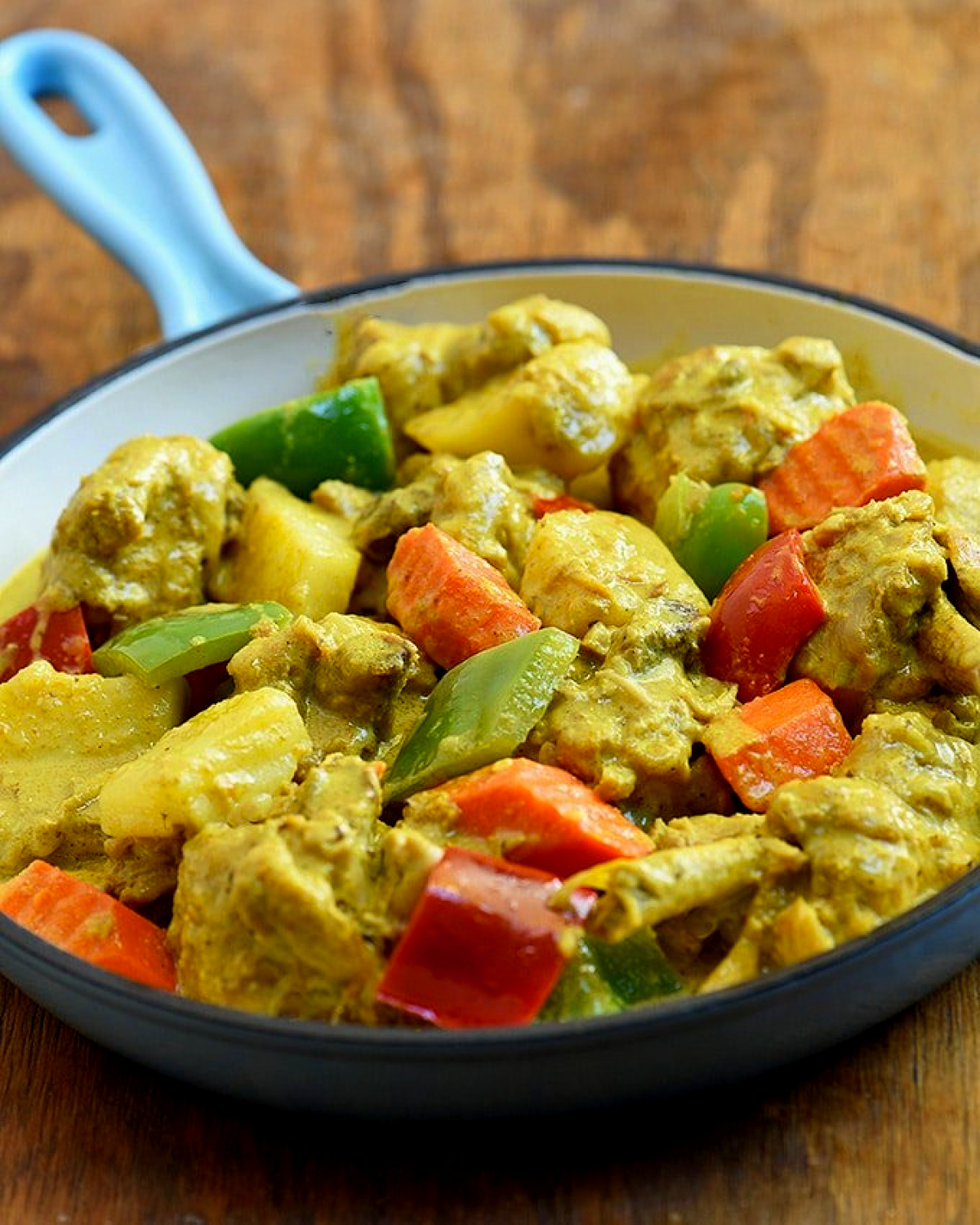 A dish loved by many from different Asian countries and also a local favorite. In the Philippines, our chicken curry is commonly mixed with carrots and potatoes with a touch of mild spiciness. 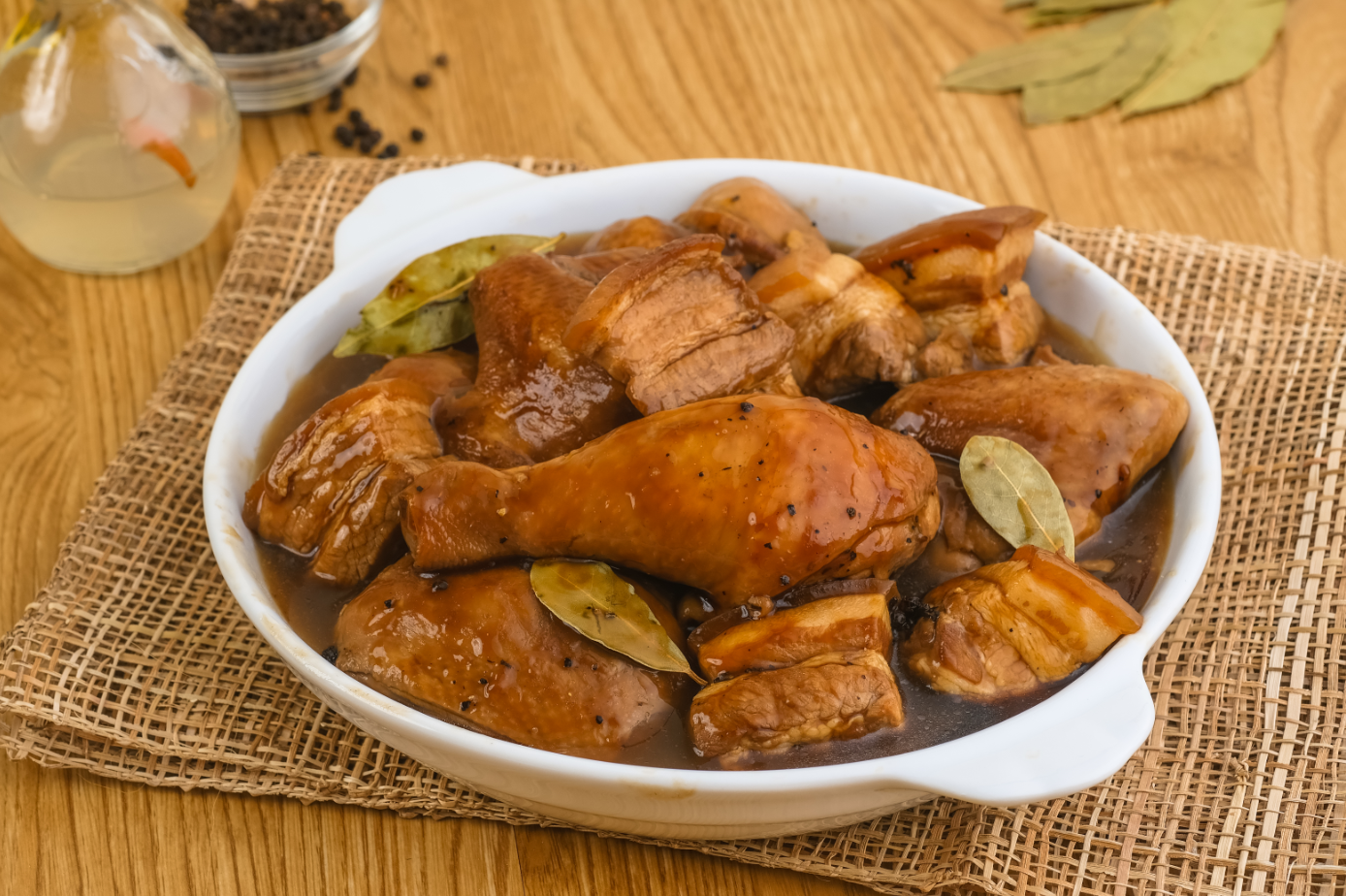 Influenced by Spain, Adobo is one of the most renowned delicacies made and devoured in the Philippines. Using a decent amount of vinegar, black pepper, soy sauce and crushed garlic makes the flavor distinctive and original.

In diversity, color, and flavor, these components make Filipino dishes unique. With the culture and influence of other countries like Spain and many more - sheds an inspiration for Filipino food to be known as the epitome of flavor and taste of comfort that makes you feel at home. From sweet to sour, sour to salty, added with mouthwatering desserts that make you crave for more. The mixture of flavors that never ceases to create a healthy, deadly and yet a colorful experience when being filled with the delicacies and flavors that will always leave a special place in the hearts of every Filipino.